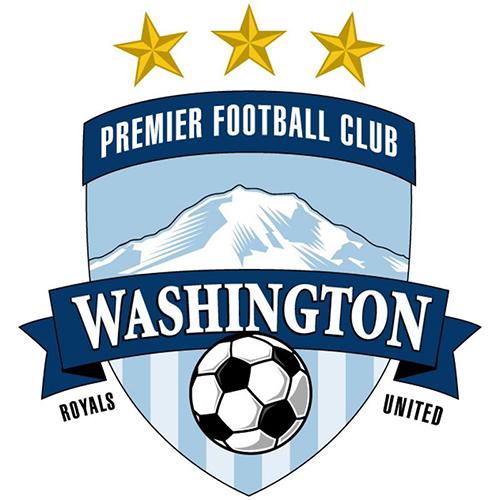 The FC Royals roots can be traced back to 1970 when Dan Swain was asked by his daughter, Stephanie, why there was no soccer for girls. She practiced with the boys, enjoyed the game, and wanted to play soccer on her brother’s soccer team coached by her dad. Dan was told girls could not play on boys teams, and since no girls teams existed, the next season (1971-1972), Dan formed three of the first girls soccer teams in pierce county. Dan thought it was unfair to girls not to have the same athletic opportunities as boys and he started the U13 “Faststeps”, “Faststeps 1”, and “Faststeps 2.” By the 1972-1973 season, the then U14 Faststeps “Nortac Carreras” for the 1975-1976 season and as a U16 team won the first state championship in what would become the first of many Royals state championships. Dan continued to coach this team for the next four years (each year winning the state championship for their age group) and at the end of the 1979-1980 season, the then named “Sweetfoot-Carrera”, a u-19 girl’s team, not only won the state championship, but won the Region IV (Western part of the US) Championship and placed third at the National Youth Soccer Championships held during the summer of 1980.

At the same time that Dan was developing his coaching skills and bringing the opportunity to play high-level soccer to young women, Jim Lane was starting his association with soccer. Jim’s daughter, Valerie, came home in 1977 complaining about how her soccer coach did not know how to teach the players the basic skills that were needed to be a competitive team. Jim volunteered to take over the coaching responsibilities of the Norpoint Pointers with little background in soccer. Jim’s other daughter, Stacey, had played for the Norpoint Dashers against one of Dan Swain’s teams, and Stacey quickly told her father where the best girl’s soccer was being played in the area. Jim’s first games as a coach were frustrating for all involved, but Jim is nothing if not persistent, and started to attend Dan’s team practices to observe how to improve his team’s development. During the next season, Valerie Lane and her teammates decided that their team name of “Pointers” was not appropriate and borrowed part of the team name from a successful boy’s Norpoint soccer team (the “Royals”) and the first girls “Royals” team was formed. This U12 team played for Jim Lane in the 1978-1979 season.

Jim and Dan started to work together more in the 1979-1980 season when Stacey Lane tried out and was selected to be on Dan’s “Team Adidas” team. Jim decided that “if you can’t beat them, join them”, or in this case, “recruit him,” and Jim and Dan jointly formed the “FC Royals” U16 team for the 1984-1985 season. Initially, the state youth soccer authorities would not let the royals team compete in the premier league because there were already two District III teams signed up. However, logic and common sense prevailed (along with some shouting) and the team that planted the seeds for the club that exists today started its season.

When the season ended, the team had a record of 66-10-10 with a State Championship (prevailing over the Albion Reds 2-1, the predecessor of today’s Highline Eagles teams) and a third place at the Region IV Championships in Boise, Idaho. In the following years, the Football Club Royals joined the Tacoma/Pierce County Junior Soccer Association as one of its affiliated associations (1988) and was formerly established as a non-profit educational organization (1989). Teams were added each year such that today, every age group from u-11 through u-18 has a Royals team.

The goal of everyone associated with the FC Royals organization was established early on by Dan Swain and Jim Lane: to have every graduating player attend college with the help of soccer and/or academic scholarships, since excellence and equal opportunity in female athletics is an important step in achieving overall economic and social equality for women. Since the organization’s start, virtually every graduating royals player has gone on to play and often coach soccer in college, with some achieving prominence at the national and international level. By participating in competitive soccer, young women gain access to more financial aid options for college, coaching and other career opportunities in sports, and the specialized training, personal growth and overall satisfaction associated with trying to “be the best you can be.”

Our Combined History Since 1971 has Produced: